Civilians Down was founded by Susan Hartnett and Arlene Kelly in memory of their children who were shot and killed by Houston PD officers. 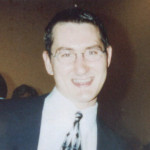 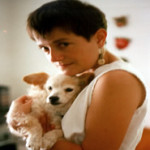 A mother’s worst nightmare is getting that phone call or knock on the door informing her of the death of her child. There’s another nightmare just as terrifying, that’s finding out of your child’s death while watching the evening news, and being denied the truth by police when you call them for answers. That’s what happened to me on October 25, 1998 when I saw what looked like my son Derek Kaeseman’s truck on the evening news, and hearing that the police had chased him.

The news said, the victim had been killed due to their “suspicion” that a drug deal had gone wrong and he fled from the cops – but no drugs or weapon were found. After the truck crashed on the highway barrier, the police said they saw the alleged “shiny object“ so they shot the victim, then life-flighted him to Hermann Hospital.I immediately called HPD trying to find out if the victim was my son, but the  “blue wall of silence” had already gone up. They refused to give me any information – they told me I’d have to call back later. The victim was life-flighted, so I called Hermann Hospital — they also refused to give me any information. After calling HPD several more times to no avail, I called Hermann life-flight and said, “Please, I’m a mother – I have to know if that is my child!”  The doctor said, “yes, we have your son and he is in critical condition.”After driving to the hospital, I was told that Derek had died hours earlier, they said I should not look at him as he was in bad shape after being shot so many times.

After the grand jury no-billed the 7 officers of any wrong-doing in Derek’s death, I started to learn what had happened that day — after the truck crashed. The police surrounded his small truck, beat out the windows and started beating him with their night sticks inside the vehicle. Then, officer Antonio Guzman tripped, so all 7 officers opened fire, they shot Derek (while he was still in the cab of his truck) 59 bullets, 14 of which killed him, 3 in the back. One eye witness said, “bullets were flying everywhere, we were all afraid for our lives. I’ve never seen anything like it”. Another eye witness said “as Derek lay on the ground awaiting life-flight, one officer walked over, kicked him and spit on the ground next to him.”

The police can say what they want, plant what they want and tell the story to the newspaper that they want the public to believe – they have the “blue wall of silence” that they stick to and never “rat” on each other even if it means that the family of the one they’ve killed is suffering a great loss. Why is it that they feel our loss is any less than if one of their “own” is killed?

We have gradually been conditioned to believe that police officers are always right, that they are the good guys and, gosh, no, THEY wouldn’t kill someone unless that person had done something terribly wrong! They are supposed to be peace officers, but too many of them are ready to shoot at the slightest provocation or perceived provocation. They are no longer trained to think for themselves, to bring a peaceful resolution to confrontations. No, they’re taught to shoot first – and shoot to kill. There is no middle ground. Their victim is either dead, or accidentally alive. I challenge all police officers to honestly search your conscience – isn’t there another way to resolve conflict without violence? In 1999 and 2000, the Houston Police Department had the 2nd highest number of police killings in the nation – more, even, than New York City – second only to Harris County Sheriff’s Department which was ranked number 1.

The ones who kill only have to say, “I feared for my life,” and even the most contemptible act of murder is legally excused. Police officers enjoy such a high level of immunity from prosecution that virtually every accusation of misconduct is arrogantly dismissed by Chief Bradford and his minions, the mayor, the grand jury, and the judges who throw our lawsuits out of court because, as is always claimed by the police, they “feared for their life.” But those police officers who so casually snuff out the lives of our dear ones don’t care, don’t give any thought to the horror they are about to unleash as they mercilessly execute their victims. Yes, I said “execute,” because I believe that’s exactly what they’re doing. If we had only known, when our kids walked out the door that day, that we would never see them alive again, we would have done anything to keep them at home – anything to shield them from the gunshots that would shatter and drain the life from their bodies. We would have held them tightly and told them! how much we love them, how much they mean to us! We would have reminded them how precious they are to so many people. If only we had known! HPD didn’t even have the decency to tell me they killed my son – not even to this day. The cowards had enough guts to shoot him, but they couldn’t face me!

Pedro Oregon was shot in the back and killed in 1998; my son was murdered in October, 1998 by seven officers; Sheryl Seymour and Colleen Kelly both were gunned down in 1999 after the police were asked to help them. Previously, we read about the Daryl Robinson trial, he was hog-tied and beaten by seven local police officers in 1994; he was taken off life support and died two days later. And ALL the killings were ruled “JUSTIFIED” by the UN-grand jury! Most, if not all of the police officers involved in these outrageous killings are still carrying and using guns. One of Derek’s killers was involved in another shooting in 1997, Officer Harding shot and killed Edward James Hayes claiming Hayes ran at him, and tried to stab him with a screwdriver. Colleen Kelly’s killer, Joe Shackett, killed Carlos Mundo Baraona and Gustavo Alberto Mejia just six months before he killed her. Blaine Robinson’s two killers have been involved in other killings as well. I’m sure many of you have similar stories. The killing just goes on and on and on…

After Derek was killed, I tried several support groups, none of them felt right. No one there had the same situation, my son was killed by the cops – their loved one had been killed by someone who the cops found, they went to trial and were in prison for the murder. The family felt vindicated. So, I started to seek out other families that were in the same situation, who could relate to the frustrations, anger, betrayal by the police, loss of trust and pain we felt.

When the police kill your child, people think, “he must have been doing something wrong, if they killed him”. He didn’t deserved to die! Those cops made a conscious decision to be judge, jury and executioner, they murdered him and then hide under their immunity.

In a civil suit filed after Derek’s death, the judge denied the City’s Motion for Summary Judgment; the City ultimately settled the suit prior to trial.

Footnote 1.  BLUE CODE OF SILENCE
The Blue Code of Silence is an unwritten rule among police officers in the U.S. not to report on the errors, misconducts or crimes of one of their fellow officers. According to the unwritten code, if an officer is questioned about an incident of misconduct involving another officer, the officer being questioned will claim to be unaware of another officer’s wrongdoing.

OFFICERS WHO HAVE BEEN IN AN OFFICER-INVOLVED SHOOTING: